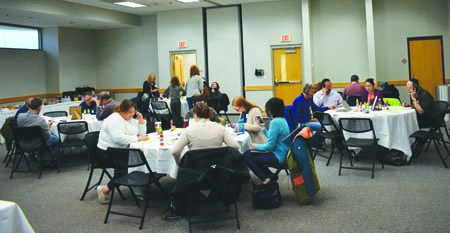 Super Sunday was very successful over three hours plus on Dec. 4.

A big thank you to the more than 50 volunteers and the Federation professional team, led by Super Sunday Chair Hedy Lapkin and JCFR Financial Resource Operations Director Rebecca Spivey, who called hundreds of community members from the Weinstein JCC or from their homes.

We especially want to thank the community members who answered the calls and made gifts to the 2023 Annual Campaign on that day and since.

Led by Campaign Chair Richard Thalhimer and his team, the Campaign has raised over $2.277 million from over 850 donors at Reflector press time in late December. 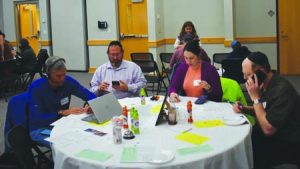 Thank you to the amazing squad of RTA volunteers – parents, students, board members, staff and alumni – who participated in the Super Sunday phon-a-thon. Because of their dedicated efforts, RTA earned $1,000 as the annual Spirt Award recipient based on the total number of RTA volunteers taking part in Super Sunday.

Although the calendar year has come to a close, our fundraising efforts are still going strong.

While we have more work to do to ensure our Jewish community remains vibrant, sustained and supported, we are proud of what the Annual Campaign has accomplished thus far.

We also thank the businesses and organizations who provided special gifts/gift certificates that were awarded to our volunteers during the event — 4 Love of Chocolate; Bookbinder’s; Natalie’s Taste of Lebanon; Levy’s; and Swift Creek Mill Theater.

To make a gift to the Annual Campaign, visit //jewishrichmond.givingfuel.com/annual-campaign.