Longtime Richmond Jewish Community leader Ellen Renee Adams was honored in December in Phoenix at the 2022 International Lion of Judah Conference with its prestigious Kipnis-Wilson/Friedland Award. 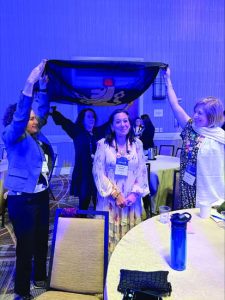 The internationally recognized Kipnis-Wilson/Friedland Award is given to Lions of Judah who have demonstrated the highest ideals of leadership and involvement. Winners are chosen by their communities as “women of valor” with a lifetime of commitment to the Jewish world.

Since 2004, the Kipnis-Wilson/Friedland Award has honored extraordinary women who have set a high standard for philanthropy and volunteerism.

The award was established in recognition of Norma Kipnis-Wilson and Toby Friedland (z”l), co-founders of The Jewish Federation of North America’s Lion of Judah program.

Over 1,200 women philanthropists and leaders, including eight (see below) from Richmond, came from 80 communities around the U.S., Canada, Mexico, Guatemala, and Israel at the three-day where they raised a collective $24.2 million supporting Federation’ mission to build flourishing Jewish communities. The Lions of Judah are philanthropic Jewish women of all ages, uniting as an international sisterhood of global advocates who care deeply about the Jewish future. 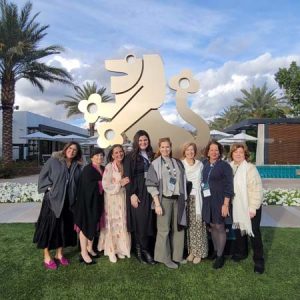 This year marks the 50th anniversary of the Lions of Judah – the world’s most dynamic, philanthropic Jewish women, whose commitment to the Jewish people is legendary.