By Terry Schultz and William Obrochta (with William B. Thalhimer, III)

The Beth Ahabah Museum and Archives’ upcoming exhibit, Chai Lights, focuses on 18 stories from the museum’s collections. One of these is the story of the Cohen Company, which played an important role in Richmond’s Jewish history.

The Cohen Company was founded by Levi Cohen in 1857 and later managed by his sons, Isaac and Samuel. Over time, the store occupied several different locations before eventually moving to 13 East Broad Street. The store grew from a small haberdashery to become one of Richmond’s largest department stores. The Cohen building was sold to Charles Stores, Inc. in 1936.

The Cohen Company was established in an area that attracted European immigrants, many of them Jewish. In the years before and after the civil war, store owners often lived above their stores. This practice would continue even after the introduction of Richmond’s streetcar system in 1888.

The streetcar led to suburbanization and allowed merchants to commute to work—and shoppers to commute to stores. The rise of the department store, with its distinct departments and wide variety of merchandise for sale under one roof, made shopping more convenient.

The manufacture of ready-to-wear clothing began in the mid 1880’s and provided a larger variety of goods. Urbanization and mass production, fueled by the emergence of the advertising industry, also drove consumption.

Specialty stores, such as Cohen’s, often gave way to retail department stores, but the Cohen Company was an exception. The company kept abreast of innovations coming out of New York, by enlarging its offerings and providing delivery service.

Shopping at department stores, without a male escort, allowed middle- and upper-class women to assert their independence. Suburban women flocked to the department stores to meet with friends and of course to shop! By the 1930’s most department stores followed a similar layout. Dry goods and bargains were sold in the basement, cosmetics and accessories on the main floor, and clothing and wearing apparel on the second floor. The upper floors typically included home goods, furniture and children’s wear. Many department stores also operated restaurants and tea rooms on site..

Holiday openings at the Cohen Company were festive. The store displays were said to be “supremely tasteful,” and shoppers were often entertained by an orchestra playing classical and popular music.

Then as now, Christmas was the peak season for retailers. In 1907, Santa Claus made his Richmond debut at Cohen’s, where he met and shook “the hands of all the good little girls and of boys of Richmond who were accompanied by their parents.”

In October 1932 Cohen’s celebrated its 75th anniversary in Richmond. Governor John Garland Pollard and Mayor Fulmer Bright attended the event, which featured a 200-pound cake. For many years, Cohen’s was billed as “Richmond’s Greatest Department Store.”

As department stores gained preeminence in the retail realm, baseball too was growing in popularity. Richmond fielded several professional teams, including the Colts, who played in the Virginia State League. In 1914, local supporters attempted to bring the International League’s Baltimore Orioles to Richmond, but the deal fell through. Had it not, Babe Ruth would have played baseball in Richmond.

Baseball’s popularity extended beyond the Colts and Orioles. The same year Babe Ruth was slated to move to Richmond, the Cohen Company’s club baseball team was playing its games in a local recreational sporting league. The team played many of its games at Byrd Park. The Cohen’s also sponsored teams in bowling and girls’ basketball leagues, as did Thalhimers, which likely competed against the Cohen teams.

Businesses like the Cohen Company sponsored sports teams to give their employees a social and recreational outlet that encouraged teamwork and fair play—qualities much in demand from workers in a modernizing American society. In sponsoring a baseball team, the Cohen family was also making “a strong affirmation of their American heritage, aspirations and beliefs.”

Chai Lights will be opening soon at the Beth Ahabah Museum & Archives. For more information, contact  Executive Director Bill Obrochta at (804) 353-2668 or wobrochta@bethahabah 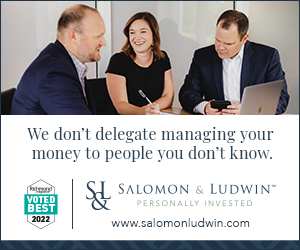