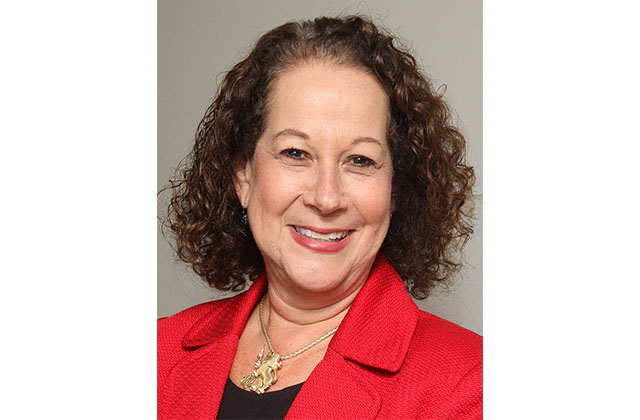 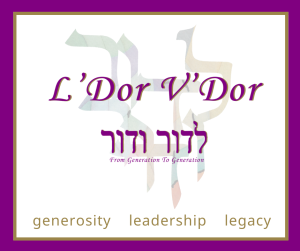 Nannette Shor, a native Richmonder, passionate volunteer and longtime leader of the Jewish community, has been chosen to receive the Jewish Community Federation of Richmond’s L’Dor V’Dor/ Woman of Valor Award.

This annual event celebrates the power of Women’s Philanthropy and the impact it has on our community while honoring the connection from generation to generation.

L’Dor V’Dor is hosted by the Women’s Philanthropy of the 2022 Annual Campaign and will be held at Congregation Beth Ahabah on Wednesday, May 11, at 5:30 p.m.

Women’s Philanthropy Chair Jill Goldfine, along with event co-chairs Amy Melnick-Scharf and Melissa Zinder, have planned a beautiful evening in honor of Nannette.

The event will feature Gadeer Kamal-Mreeh, the first Druze woman to become a Member of the Knesset.

A Lion of Judah and past president of the Jewish Community Federation of Richmond, Nannette grew up watching her parents, Hedy – a previous Woman of Valor Award recipient – and Eddie Lapkin – become involved in the Richmond Jewish Community and in supporting Israel.

After graduating from the University of Maryland in 1985, Nannette returned to Richmond and, with the mindset of following in her parent’s footsteps, became immediately involved in the Jewish Community.

Nannette has served on the boards of Hadassah, Rudlin Torah Academy, Richmond Jewish Foundation, and was active in Federation’s Young Leadership, having received the Sam E. and Virginia V. Binswanger Young Leadership Award.

Over the years, Nannette has given of her time to Impact100, Richmond Jewish Foundation’s Life and Legacy initiative, her children’s schools, the Weinstein JCC, BBYO, and countless other organizations both Jewish and secular.

Nannette, along with her husband. Nathan, received both the Chesed Award and ABCD Award from RTA.

After a career as a mortgage broker, Nannette joined the American Heart Association, raising critical funds to support its mission, later becoming a fundraising consultant. Today she works with nonprofits in the Richmond area, guiding them in their fundraising efforts. Nannette continues to give of her time and talents to a number of local and regional organizations.

Nannette has been married to Nathan for over 37 years and loves spending time with her children and grandchildren – Marla, Josh, Evelyn, Caleb and Jackson Chinsky; Rachel Shor; and Adam and Michelle Shor.

Gadeer Kamal-Mreeh began working for the Israeli Broadcasting Corporation in 2011, where she hosted a program in Arabic focusing on the social and cultural issues concerning Arab youth in Israel.

In 2015, Kamal-Mreeh was selected to host the Israeli Broadcasting Corporation’s daily newscast in Arabic, and in 2017 began anchoring its main Hebrew Saturday evening newscast, as well as a nightly newscast, becoming the first non-Jewish anchorwoman to do so in Israel.

In April 2019, Kamal-Mreeh was elected to the Knesset as a member of the Blue and White party, making history as the first Druze woman to serve as a Member of the Knesset.

Kamal-Mreeh co-chaired the Israel-Germany friendship group and chaired the Israel-Switzerland parliamentary friendship group. Kamal-Mreeh holds a degree with honors from Bar-Ilan University in Medical Imaging and Social Sciences, and a master’s degree with honors in International Relations from Haifa University, specializing in negotiations and making decisions in international relations.

In 2021, Kamal-Mreeh became the Jewish Agency’s first Druze emissary to the United States.

Kamal-Mreeh is a “Munich Young Leaders” Alumni. In 2011 she was awarded the Knight of Government Quality by “The Movement for Quality Government in Israel”.

Kamal-Mreeh was born and lived in the Druze village, Daliyat al-Carmel. She is married to Shadi, and is a proud mother of two, Tom and Liam. Gadeer enjoys cooking, art, nature, and quality time with her family which is the key to her pure happiness.

The L’Dor V’Dor event welcomes women making a suggested gift of $360 to the Annual Campaign, and $180 for women 45 and younger. The couvert is $36, in person, or $18 for online participation.

Dietary laws will be observed.

We are grateful to our corporate partners, Allianz, Dominion Payroll, Dunkin in Greater Richmond, Heritage Wealth Advisors, Steve Montante, MD, S.L. Nusbaum Realty Co.  Their generosity helps to underwrite the costs of events allowing us to maximize our support for the Jewish community.

For questions, or to RSVP, please contact Director of Women’s Philanthropy and Affinities Jill Grossman at jgrossman@jewishrichmond.org, or (757) 652.2446.