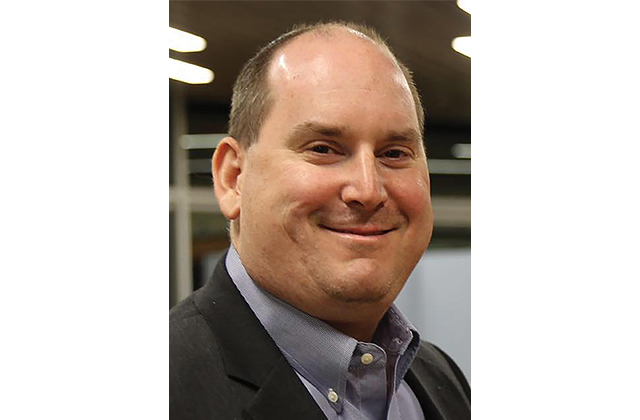 Our job is easy. To be there – raising the dollars needed to sustain and support an infrastructure– allows us to respond.

We don’t have to avoid the bombs, pick up our lives and move the only home we have known, to fight back against those trying to snuff out our people. Our job is to raise dollars that create the good, and inspire our community to understand what being part of the Jewish family means. To do the easy part.

This is the work of our Federation Annual Campaign. To be there and sustain our collective system. So, we are there, day in day out.

I am honored to share the story of Tatyana Manelis as a representative of so many others, who have done the hard work and are grateful for your support.

My name is Tatyana. I was born in Odessa, Ukraine, which at the time was part of the Communist Soviet Union and not the independent Ukraine of today – a free and Democratic country of speech and religion.

Under the Communist regime, information was strictly controlled, freedoms were severely curtailed, and populations were persecuted, including the Jews. Some of my formative memories of growing up Jewish in the Soviet Union include being taught to fight by my dad in case of antisemitic attacks, a teacher taunting me for being Jewish, and being unable to practice our religion.

The only knowledge we had of our Judaism was that my dad’s grandfather was a Rabbi, and my dad reminding us of this connection to our people and faith. He also reminded us that we were not to speak of our Jewishness publicly, to avoid repercussions.

Discrimination was a routine and systemic facet of life for Jews under the Soviet Union, from being denied university admission, a job or fears of simply being identified as a Jew was a constant part of every Jewish person’s existence.

My dad’s own parents were murdered in the Holocaust, and my dad was a survivor. (Today, their names are etched on the monument at Emek Sholom Holocaust Memorial Cemetery here in Richmond).

Things changed in 1990. Our family, along with so many other Jewish families from the Soviet Union, were provided the chance to escape—facilitated by the incredible work of Jewish Federation system, the American Jewish Community and the Joint, the American Jewish Joint Distribution Committee.

My aunt had been among the initial waive of Soviet Jews to make it to the U.S. in the 1970s. She petitioned for us to join her and after significant advocacy of the American Jewish Community, we were able to leave and be accepted by the U.S. as refugees.

When we left, we were not allowed to sell our living space and were limited to exchanging only $90 per family member. We left with almost nothing. We were sponsored by HIAS (Hebrew Immigrant Aid Society) and the JDC and after stays in several countries, and a year into our immigration journey, we learned our destination would be Richmond, VA.

We had found a new home sponsored by the Federation, which greeted us warmly, supporting us every step of the way—from being met the airport to providing us with a comfortable furnished living space, even a fully stocked refrigerator upon arrival.

The Federation gave us a family, assigning amazing local volunteers who helped us navigate our new American lives. They helped us access medical and dental care – made possible by the generosity of Jewish health care providers, who opened their doors to us. The Jewish community and volunteers provided social and emotional support, counselors, helped with job placement, and made it possible for the newly arrived Jewish kids to attend Rudlin Torah Academy and receive the Jewish educations we had never had access to.

For the first time in my life, I was able to proudly claim my Jewish identity, instead of carrying it as a impediment or secret with consequences. I could learn about my own religion and observe my people’s rituals, I could live an entirely different and joyous life.

And not only could we practice and be free, for the first time we lived in a democracy, without being told what to read, or what to believe in, or how we must interpret it. We had the freedom to make our own decisions based on an abundance of information suddenly at our disposal.

I vividly remember our trip to Washington, D.C., made possible by local Richmond volunteers where we got to see the seats of our new government and learn about democracy. 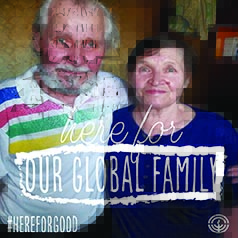 Thanks to the Federation and our community, we built a life here. My kids went to the Weinstein JCC preschool, RTA, and grew up with a sense of Jewish identity and pride. The Federation, our community, brought my family to freedom. I thought that was more than enough.

But suddenly less than two weeks ago, I feel like I’ve been plunged both into a living nightmare. My family, friends, and the country where I was born, went to school, got married in, the city I want to take my kids to, with a rich Jewish and cultural history was again under attack.

Stark differences and the parallels between the past and today’s present are painfully obvious. Ukraine has come such a long way, I am so proud of the country it is today, a democracy whose people united after many struggles, and who have rallied behind and elected a Jewish president. This would have been unthinkable when I left Ukraine under the Soviet regime.

However, to our disbelief and horror, a totalitarian Russian regime who believes the dissolution of the Soviet Union was the greatest geopolitical tragedy of the twentieth century, has invaded Ukraine without cause and is murdering its people in a bloody and brutal attempt to rebuild its empire.

What is happening in Ukraine today is unthinkable and only continues to grow worse day by day. I hear many people in the former Soviet refugee community say that they are only glad that some of their family members are not here to see this. It is all my family here can talk about, think about, while my family and friends in Ukraine hide in makeshift bomb shelters and basements, many without basic necessities, wondering when the next strike will hit.

It feels unbearable to watch this happen, observing human atrocities while feeling helpless to stop them, and knowing how the country, family and friends are suffering, all while having this feeling that the dreaded past is happening all over again.

As the world continues to wake up to this new reality and attempts to cope with this sense of disbelief and displacement, many humanitarian organizations around the world are working around the clock to provide much needed help and support to the people of Ukraine.

There is one organization that changed the fate of my family over 25 years ago and continues to influence not only my family, but the lives of many others that are in dire need of help today.

In the dark new reality of today, the combined efforts of JCFR and JDC are the bright light that keeps me and so many others hopeful and tremendously uplifted by their righteous and incredible work, and I would love to share my recent experience.

At a moment when I was gripped by fear and despair, feeling utterly helpless, I reached out to the Federation. The response left me in sheer awe of everything they did to help, and their remarkable ongoing work.

When I contacted my friend Nannette  (Shor) in a late-night phone call, I had few expectations and even less composure, crying over the phone and shaking—generally, very unlike me—and terrified about the fates of loved ones in Ukraine.

Not only did the Federation and partners at JDC respond with deep compassion, they did so with immense expertise and lightning speed to put an evacuation plan in place through JDC representatives on the ground for people dear to my heart living in Ukraine.

Humbly, extremely capably, and without much public fanfare, the Federation System is engaged in heroic work helping rescue individuals in Ukraine. Thanks to you, providing essential humanitarian support to Ukrainian refugees and beyond, often working under extremely dangerous conditions.

This to me was nothing short of a miracle, which portrays the power of a global Jewish community coming together to help each other in desperate times of need, generation after generation, and generation to generation.

I have the deepest gratitude and admiration for our collective Jewish community and the Federation system for their inspiring, vital work.

We ask for your support
Today, some 200,000 Jews remain in Ukraine, although some estimate the number to be as high as 300,000. The country boasts close to 300 Jewish organizations in some 100 towns and cities. The Jewish population is mainly concentrated in Kiev (110,000), Odessa and Dnepro (60,000 each) and Kharkov (50,000). Smaller numbers of Jews also live in many other towns.
For more information and to donate to the Ukraine Emergency Relief Fund, visit
https://jewishrichmond.givingfuel.com/ukraine-emergency-fund.