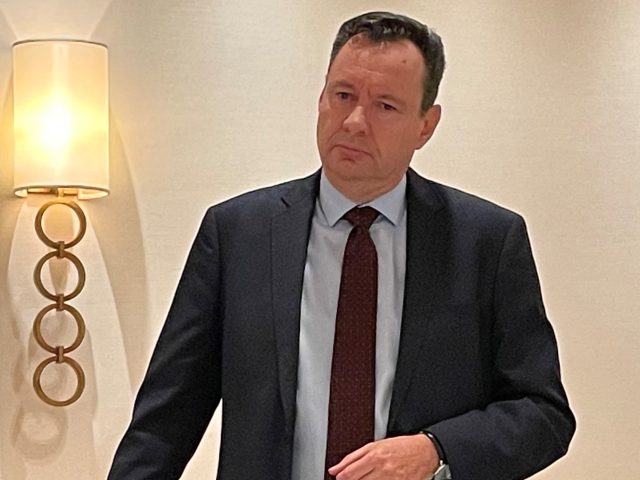 Here’s my quick take-away from Day 1. There are logistics and organization needed to get things done, there are analyses of how well things are getting done, and then there are personal stories of those affected. We got a good dose of all three today.

The Ambassador to Poland took the job just as the war began, so like, no honeymoon allowed. He was already familiar with Israeli Russian and Polish relations, so he did not seem fazed. He said there were 15,000 Israeli citizens in Ukraine in February, and they received notice to leave about 10 days before the invasion started. Some left, some didn’t. The Ambassador was very complimentary of Poland’s handling of the refugees.

The Chief Rabbi (who is from NYC) talked in part about how, when all hell broke loose in February, all the Jewish agencies and organizations had a Zoom call. They talked about how they were no longer different; they were one, with one common purpose, and must coordinate and cooperate. And it’s not just in providing paperwork or travelling or medical relief, but spiritual as well. For instance, on Passover there will be a community seder at the Marriott attended by all. Chabad will do the food because they have the strictest Kosher rules, so everyone can eat the same food. There will be different seders in different rooms, but all under the same roof. While planning that, they realized that there’s a new kitchen at one of the JAFI facilities. They’ll have their seder at the new kitchen because the appliances, silverware, plates, and pots and pans have never been used, so they can keep it kosher.  That’s a story where planning and luck collide.

Someone asked the Rabbi how he’s coping. His answer: “I’m not coping. I’m doing.” Help the next person and then the next, and try to steal a few hours of sleep, then do it again.

Tomorrow is an early start. We meet downstairs at 5:15am for a long ride to the Ukrainian border. We fly home late afternoon and go to a JDC shelter.

Side note: I was having an issue trying to compose blogs for 2 reasons: (1) I can’t seem to upload pictures and videos properly, either because the cell service is slow or because I can’t figure out how to reduce the image size; and (2) typing on a moving bus was making me want to yack. The former makes me feel stupid and the latter would make me a legend of all JFNA trips. I’m trying to avoid both.

Sorry to all you UNC fans. It was a good run.