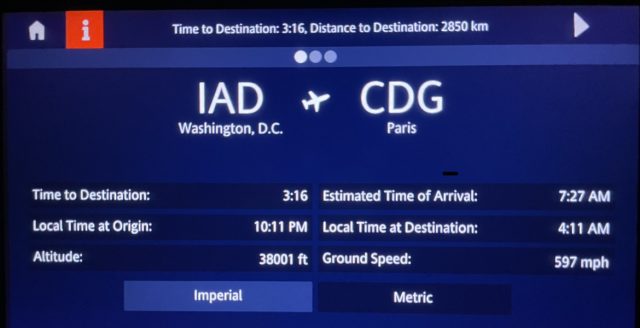 We’re about halfway to Paris at the moment, flying at a brisk 597 mph at 38,000 feet. I don’t know about you, but just writing that makes me marvel at technology — I can get Wi-Fi in the middle of the Atlantic Ocean 38,000 feet up. (Although honestly that did not stop me from getting terribly frustrated with the slow Wi-Fi speed.) We’ll have a brief layover in Paris in the morning and then head to Warsaw.

I thought I’d share some high-level research while I have some time. I’m looking forward to filling in a lot of details over the next few days in what I’m about to write. But I wanted to level-set before I arrived for our briefings.

There were about 44 million people living in Ukraine when Russia invaded in late February. Since then, roughly 4 million have left and another 6 million are displaced inside of the country. Poland has taken in about 2.3 million of the 4 million refugees. I saw on the news last night that this influx into Poland has been particularly taxing as children enter new schools and have to overcome language barriers. Some schools are overflowing while at the same time too many of the Ukrainian kids are not attending their new school yet.

The Joint Distribution Committee, the Jewish Agency for Israel, and Chabad have been at the forefront of the relief efforts. They are providing aid and assistance to those still in Ukraine (either because they have not left yet or physically cannot leave or, as a male aged 18-60, they are prohibited from leaving), helping people leave the country, and also helping them after they leave. These agencies and organizations essentially specialize in courageous relief efforts and have been excelling at providing assistance around the world for probably more than 75 years.

There were over 200,000 Jews in Ukraine as of February. I’m unclear exactly how many Jews have left, but as of a few weeks ago, the Joint and the Jewish Agency said that about 40% of those who identify as Jewish that had left Ukraine were headed to Israel. Others are spreading out across Europe and have been largely welcomed in European countries. I found that last nugget interesting given that during World War II other European countries were not quite so welcoming.

OK, to digress for a moment, I just watched the Black Widow movie because I’ve recently enjoyed some quality Marvel binging of Daredevil with my son and also, you know, Spider Man. Black Widow held its own, with the appropriate amount of action, sarcasm, snarkiness, and story to keep me interested. And I went with the chicken for dinner which was a valiant effort by Air France but I would not encourage them to open a restaurant. So to summarize: Black Widow, yes; French chickens, no.

I’ll post again once we’re in Warsaw. We’ll have a few hours after we check in. The program begins at 4pm Tuesday which will be 10am Richmond time.