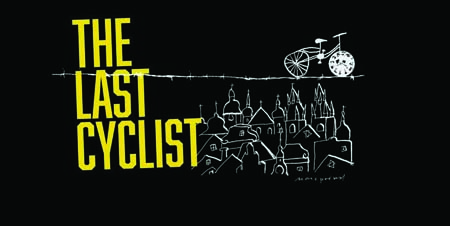 The Virginia Holocaust Museum has a jam-packed schedule for the Spring of 2022, starting with a screening for the movie GANEF and a talk back will take place on Wednesday, March 30 from 6-7 p.m.

Inspired by stories from the aftermath of director Mark Rosenblatt’s own family’s Holocaust survival, the award-winning and Oscar-qualified short film explores, through the tiniest of domestic details, the subtle and complicated impact of trauma on the next generation.

The film, set in London in 1962, centers on a little girl, frightened by a dark tale from her mother’s Holocaust past, who starts to believe her adored cleaner is a thief. It stars Lydia Wilson, Izabella Dziewanska, and Downton Abbey’s Sophie McShera.

A post-screening discussion with the team behind the film – Writer and Director Rosenblatt and Producer Suri Ellerton – will follow.

On April 5 – June 2, All that Remains: a Holocaust Exhibit in Fiber – Artist Leslie Klein opens her Exhibit in the Downstairs Gallery. The exhibit features a special event with Leslie Klein on Thursday, April 7 at 7 p.m.

The mixed media and fiber artist, constructs garments and uses hand-dyed, airbrushed, silk-screened, and embellished fabrics to address her perspective on the Holocaust and Judaic themes.

This series has been an ongoing endeavor, a body of work created over the past 20 years. It consists of conceptual art clothing, wall hangings, drawings, soft sculpture, and installation pieces. The work addresses the historical events of the Holocaust in layers of meaning and imagery, and the juxtaposition of fabric and design, and in the use of familiar symbolic images as innocuous decorative elements until one looks closer.

The exhibition has had previous showings in other cities including  South Florida, in Nashville and New Haven.

The exhibition, because of its subtle imagery is appropriate to audiences of all ages. Several pieces in the exhibition were specifically designed to allow younger viewers to learn about such events as the Kinder transports and life in the Warsaw Ghetto that are both sensitive and compelling.

Klein’s latest creation will have its debut at VHM and is entitled “Barbed Wire and Pearls: An Ode to the Deportation of French Jews.” The piece depicts a jacket inspired by the late fashion designer Coco Chanel.

Using mirrors and empty desks, the mirror room creates a visual of an infinite number of desks, beyond the 1.5 million children lost and the generation that could have been.

On April 28, the Jewish Family Theater’s presentation of The Last Cyclist, will be at the museum. In cooperation with the Weinstein JCC, the  doors well open at 6 p.m. for a performance at 7 p.m.  The Last Cyclist was written in a concentration camp. It is being performed in Richmond in Commemoration of Israel’s Holocaust Remembrance Day. (See Page 10 for other performances in Richmond)

There also will be a musical performance by Batsheva, a singer/songwriter born in Canada who has found success in Nashville.

Her Polish-born mother and first-generation Lithuanian-Canadian father lived with her grandparents, who spoke Yiddish at home. From age six to 21, she studied piano and cello at the Royal Conservatory of Music.

She plays acoustic guitar and sings in Ladino, Yiddish, Hebrew and English, and is also a comedy writer.  She has “performed with many of the leading Yiddish and Sephardic artists of our time in festivals and concerts in Israel, the United States, England, and across Canada.

Look for more details in emails, social media and the website soon on all upcoming events.

The annual Alexander Lebenstein Teacher Education Institute is scheduled to take place in June and July at VHM this year.

Admissions are rolling.  Each session is limited to 20 students. Stipend:  $100 (plus the course fee reimbursement). The $30 registration fee will be reimbursed with successful completion of all class requirements.

For more details, COVID protocols and to apply, contact  Megan Ferenczy at mferenczy@vaholocaust.org.