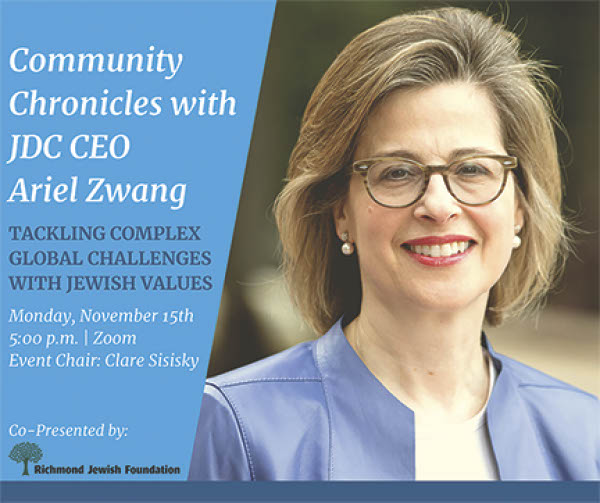 She assumed the position in January 2021, and is the first woman to hold this position at JDC.

Ariel previously led Safe Horizon, one of America’s leading social service agencies, where she served with distinction as CEO for 12 years.

Her distinguished career in the human and public service sectors includes her tenure as executive director of New York Cares, New York City’s largest volunteering organization; as a White House Fellow in the Department of Housing and Urban Development; as vice president of the Women’s Housing and Economic Development Corporation in the South Bronx.

Also as Special Assistant to the Chancellor of the New York City Board of Education. Ariel began her career with Morgan Stanley and the Boston Consulting Group.

A passionate Jewish leader hailing from a family of Rabbis and Jewish educators, Ariel has held numerous community leadership positions, underscoring her commitment to Jewish practice, pluralism, and the diversity of Jewish life.

She is a vice president of Congregation B’nai Jeshurun in Manhattan, and has served in a variety lay roles at UJA-Federation of New York, as a Board Member of Jewish Coalition for Service, and with the New York Committee for Harvard Hillel.

Federation Board Member Clare Sisisky is event chair for this special program.

To sign up for Community Chronicles on Nov. 15, visit