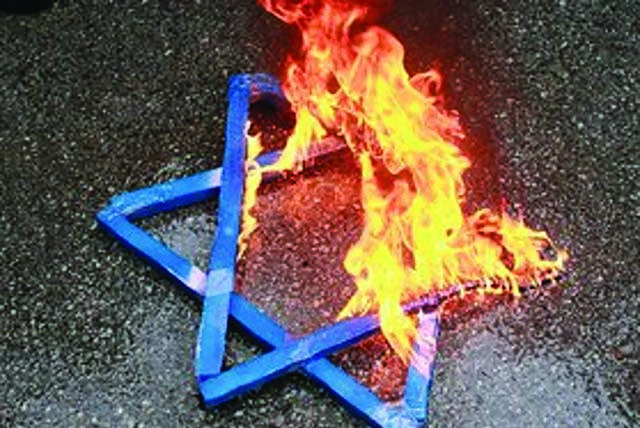 As we at JCRC prepare for another season of political advocacy there is certainly an awareness of the interesting times we are in.

Our Governor, Lt. Governor, Attorney General, and Speaker – along with the majority of Virginia’s Delegates will be of a different party.  And yet, that really doesn’t change the work we do.

In fact, well before Election Day, we had already been in dialogue with the Governor-Elect’s campaign, the Attorney General-Elect, and of course – we have been and continue to be in regular communication with and do programming with all of our local and federal legislators – from both sides of the aisle.

Neo-Nazis on Trial in Charlottesville

On another front, as this article is being written, the Neo-Nazis who marched in Charlottesville are on trial.  If anyone thought this would be like a Nuremburg trial, where the weight and conscience of the world would be brought to bear on their bigotry and racism – you would be sadly mistaken.

If anything, this trial seems to have emboldened them to make their case to the public and celebrate their perverted view of the world.

Antisemitism and BDS at Virginia Tech

And if that were not enough, our community has also been trying to make our case with the administration at Virginia Tech that an anti-Israel student government resolution does in fact contain Antisemitism that should be condemned.

The message we are trying to send to President Timothy D. Sands is actually the same message we send to the Neo-Nazis wherever they rear their ugly heads – that Antisemitism will never be one side of a “free discussion of ideas.”

If the President could unequivocally condemn a Neo-Nazi for shouting “Jews will not replace us” he can also condemn a BDS resolution that claims that Israel commits a daily genocide and shouts in bold print that Palestinians are “lynched” in Israel.

The 3 D’s of Antisemitism

Each one of those claims is, by definition, part of the 3 D’s of Antisemitism (Demonization, Delegitimization, Double Standards.)

One claim is about Jewish conspiracies to infiltrate and take over your country, the other is a blood libel, claiming Jews commit atrocities they do not.  They are both rooted in a history – and an industry – that serves only to create demonic impression of Jews and Israel.

They are both lies that lead to even more hate speech and violence aimed at Jews around the globe.  Both must be condemned – and not by different sides of our community on different occasions – but by our entire community on all occasions.

You likely know about some of the other ways these canards and libels have been used recently.  It is part of our history that wealthy Jews in particular have been used to depict us as all as infiltrators or vermin that subvert a countries values and institutions.

We must know that history and add it to our list of canards that we will condemn – no matter who says it.

Also, if we want people to respect the unique horror of the Holocaust, we cannot allow people to compare vaccine mandates or mere criticism of your political views to Nazi era laws that eventually led to the extermination of millions of Jews, Gypsies and Gays.

People using the comparison may like the evil it conveys on their political opponents, but most Jews are appalled by it and all Jews should condemn it.

Wherever the canard, twisted comparison, or lie comes from – it is ALL THE SAME ANTISEMITISM.   Until we realize that and attack it in that way, we will not be able to fully convey the global and universal evil of Antisemitism.

Until we decide to fight Antisemitism in a unified fashion, and consistently teach the common origins of ALL Antisemitism – we will continue to see our community divided into factions who are fighting the same problem – but at different times and never in the same way.

To get to a place where one can be an activist for Palestinian statehood – without falsely claiming a genocide is taking place – or to a place where no one uses Antisemitism or the Holocaust as a cheap political tool – we need to say the plain but sad truth – Antisemitism is everywhere and so it is likely that it will rear its head somewhere in every political party, on every campus, and in every community.

At the same time, we should acknowledge that on the whole Antisemitism has never been less a part of American society than it is today – and that Jews have never been more successful and integrated.

Yes, we can do that and still point out disturbing trends that show how vulnerable we are – no matter how much “success” we have achieved.

This is why we preach “vigilance always” and remind people of how Weimar Germany failed to protect us from the same kind of rising fear and xenophobia.

We have all the lessons we need to teach about all the above examples.  ALL of them.

We do not lynch Palestinians, we are not taking over America, and we should not stand for the trivialization of the Holocaust – our most important example of how rising Antisemitism can reach murderous proportions.

These should be things we can all agree upon.

So, if we can agree that the fight against Antisemitism has a common core history, and that just maybe it should be a common, non-partisan fight – we just may be able to have the widest possible impact on those in our society who know far too little about us.  Many fear that if we don’t have this coherent and consistent voice on what Antisemitism is, it is likely those who promote Antisemitism will win – in one way or another – in one arena or another.