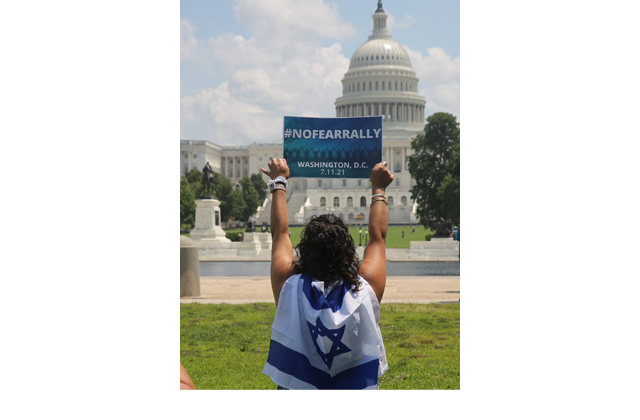 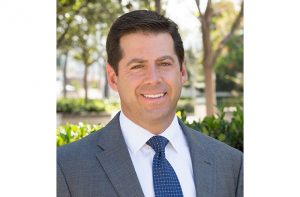 Over the past several months the Jewish community has been struggling with how to best respond to both a documented global rise in Antisemitism – and at the same time assure that this response reflects a distinct defense of Israel.

While it would seem these two efforts would go hand in hand as a unifying element – this has proven that to be easier said than done.

In June and July, the Richmond Jewish community had an opportunity to embrace no less than two major programs aimed at raising awareness of both Anti-Jewish and Anti-Israel incidences.

At our own solidarity program held at Congregation Beth Ahabah, we heard loud and clear from local political and faith leaders who brought messages about rising Antisemitism and hate – and Israel’s right to defend herself against attackers.

And clearly, we were on to something since just a few weeks later, national Jewish organizations gathered for a rally in Washington, D.C., with very similar messages.

Antisemitism Must be Challenged

At this national rally, each person who came to the podium spoke of how Antisemitism must be challenged from the right and the left. We heard about the Tree of Life Synagogue, Monsey, and Charlottesville – events that should stand on their own as some of the worst Jewish communal tragedies in our recent past.  We heard about the elements present on Jan. 6 at the Capitol. We heard about the halls of Congress where voices from the left and the right seem to not know the difference between appropriate criticism of Israel and the demonization and double standards that are clear examples of Antisemitism.

The organizers took great pains to find a central message that would appeal to both the right and the left in our community. And yet, in reading the responses on social media and critique from far right and left organizations and commentators – you would think the event was generated either from the farthest left or the farthest right in our community.

Far left leaning groups would not even support the rally – and far right leaning commentators labeled almost every speaker as appeasing the far left.

In social media even harmless comments like, “I would have liked it to focus on Israel more.” Or “I think it focused on Israel too much” left this spectator confused and a bit dismayed.

I wondered if we would ever again be able to find a united voice in response to Antisemitism and Anti-Israelism?  Or are we destined to have this same polarized framing moving forward?

For a bit of context, the ADL has pointed out that the rise in extremist activity aimed at Jews has risen dramatically over the past several years.  At the same time – the spring and summer months saw a disturbing spike in these numbers due to the global response to the hostilities in Israel and Gaza.

It was clear to many that these were two incredibly important reasons to come together and speak out.  First, the actual attacks Hamas carried out against Israel’s civilian population were indefensible.  Despite the media barrage to the contrary, we know that 4,000 rockets as a supposed response for the way Israeli security forces handled rioting and eviction proceedings was ludicrous.  Yet, the world seemed to want to defend it.  This one-sided blame seemed to be the prototypical example of when Anti-Zionism does cross the line into Antisemitism.  These were two strong messages we needed to shout to the world – but since we ourselves were conflicted – that message to the world was muddled.

Upon further reflection, two ideas stood out.  First, there are many in our community who see the primary role of our communal organizations and their leaders as unifiers.  In this frame, our lives as Jews in America – in all its complexity – is a daily effort of negotiation, relationship, and outreach.  The effort is as much about maintaining our “big tent” of Jewish communal perspectives as it is about keeping our ties with the non-Jewish community strong – even while some in those communities do not fully understand our sensitivities and concerns.  And during all of this, we must still stand strong against blatant Antisemitism and the demonization of Israel.

The second idea is something Yossi Klein Helevi also referenced in our Zoom talk with him this spring.  There is another group that simply flips the emphasis on this list and says – you must fight the demonization of Israel first.  Period.  For that group, attacks against Israel – rhetorical or otherwise – do and will lead to the ultimate destruction of the state that is our refuge – and will therefore threaten our lives in the diaspora as well.  I often say to my more left leaning friends that this framing does have some merit – just as yours does when you speak about negotiation, liberal values, and standing strong for the Jewish community and Israel in your own way.

Still, with emotions heightened over this summer of crisis, our intellectual angels do not always prevail, and we are left with disunity, polarization, discontent, and ultimately – dissatisfaction with our Jewish communal leadership.

And what we may have to simply face is that every spring, every war, every rise in Antisemitism may have to be confronted with a new language every time.

Surprisingly, Ben & Jerry’s may have just given us an example of this.

There are certainly many who believe in boycotts who will find their recent decision appealing.  But because of the clumsy nature of boycotts against Israel in the first place – Ben & Jerry’s dipping their feet into this issue may help highlight the inherent contradictions with most boycott efforts.

It may also reveal how little people know about the area they are choosing to boycott.  By simply saying the “occupied territories” this global corporation wades into what even the U.S. Government has not even been able to articulate.

Does that term include all of Jerusalem?  Does it include locations that a dozen peace proposals have delineated as future Israel?  And what good does it do to not SELL products in those places?

Ben & Jerry’s may have actually given us the gift of agreement.  Whichever part of their plans you disagree with most, a vast majority of our community is angered by it, dismayed by it, find it Antisemitic, and find it ultimately unhelpful to any future peace or negotiated settlement.

And that is the part all sides eventually want to see come sooner rather than later.