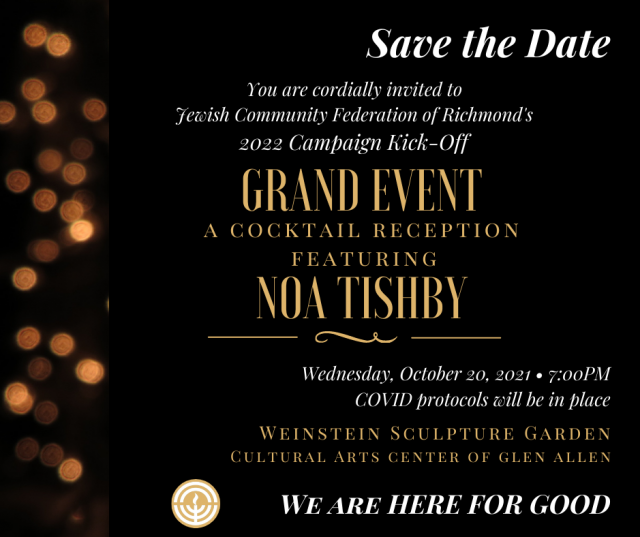 The Jewish Community Federation of Richmond is pleased to welcome Noa Tishby to Richmond as our guest speaker for the Grand Event, on Wednesday, Oct. 20, 7-9 p.m.

Noa Tishby is an Israeli-American actress, producer, writer and activist. A Tel Aviv native, she served in the Israeli army before landing a starring role on the nation’s highest-rated prime time drama, ”Ramat Aviv Gimmel.”

After becoming a household name and appearing in numerous TV shows, films, theater productions and fashion campaigns, Tishby moved to Los Angeles where she sold the Israeli TV show “In Treatment” to HBO, which made history as the first Israeli TV show to become an American series. 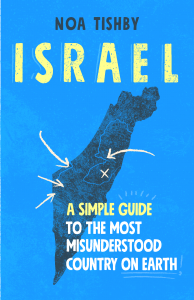 on the show. She is the founder of “Act for Israel,” Israel’s first online advocacy organization and is the author of “Israel: a Simple Guide to the Most Misunderstood Country on Earth.”

The in-person event will be held in the Weinstein Sculpture Garden at the Cultural Arts Center at Glen Allen. COVID-19 protocols will be in place. In-person attendance will be limited to 150 people. The Grand Event also will be available virtually on Zoom.

More details on the Grand Event will be communicated soon.