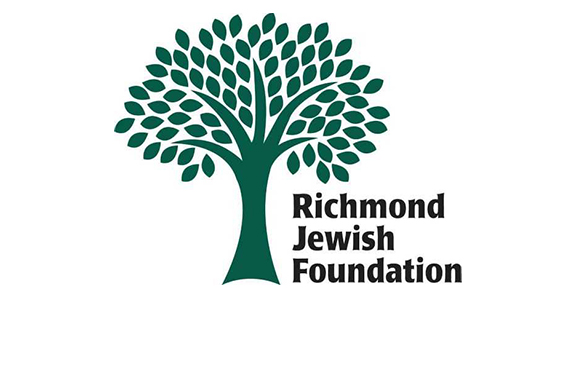 Richmond Jewish Foundation Chairman Jeffrey Scharf has announced that after a nationwide search Jesse Feld has been unanimously selected by the Board as its new President and CEO. 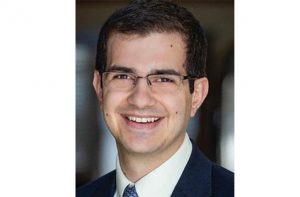 He succeeds Robert Nomberg who is leaving RJF to pursue another local opportunity after nearly 14 years with the organization – 12 years as President and CEO.

As a Jewish communal professional for the past eight years, Jesse has played a key role in building a sustained and vibrant Jewish community, and is poised for success undertaking this new role, Scharf noted.

After spending two years strengthening the Jewish community in East Tennessee as the Knoxville Jewish Alliance Program Director, Jesse was eager to move to Richmond to join the professional team at the Jewish Community Federation of Richmond in 2015.

Most recently serving as Director of Development and Engagement, Jesse has been leading the Federation’s fundraising operations. In addition to facilitating the largest annual campaign accomplishment the Federation has seen in over a decade, Jesse served as the Federation’s lead professional for the Life and Legacy program.

“Jesse’s diverse experience and sophisticated understanding of the philanthropic landscape are just part of what make him a great fit,” said Scharf. “We are excited to have him aboard as he is committed to strengthening our Jewish community by building lasting endowments ensuring a strong financial future for our community.”

Jesse said, “Since moving to Richmond in 2015, my wife, Anna, and I have fallen in love with this community. I am thrilled to be the next President and CEO of Richmond Jewish Foundation. I’m tremendously fortunate to be able to continue sustaining this vibrant Jewish community for generations to come.”

Federation CEO Daniel Staffenberg noted, “The Foundation learned what we already knew, Jesse is one of the best and brightest Jewish professionals in our national system. Jesse provided outstanding leadership during the last year, guiding our fundraising to new heights in the midst of the pandemic. Jesse brings a personal passion, deep knowledge and creativity to his work and will be an outstanding leader for the Foundation.

Jesse grew up in Memphis, Tenn., and always took part in any activities the Jewish community had to offer. Whether it was Jewish day school, BBYO or camp at the Memphis JCC, Jesse was always involved. He earned a B.A. in journalism from the University of Tennessee and a master’s degree in public administration from Ohio University.

Jesse and his wife, Anna, welcomed their first child, Judah Benjamin, in late December of 2020. They are excited to see him grow in such a vibrant Jewish community that has embraced them with open arms.

Beginning June 28, you can reach Jesse by emailing jesse@rjfoundation.org or by calling (804) 545-8656. He is excited to continue building this community, and helping to make your philanthropic dreams into realities.

Richmond Jewish Foundation is the primary, trusted and expert resource for planned giving and endowments for our Jewish community. It engages, educates and inspires generations of donors to create ongoing resources for charitable, religious, and educational needs. RJF enables community members to choose legacies of Tzedakah and Tikkun Olam to be effectively stewarded as philanthropic assets entrusted to its care.

For more on the Foundation, visit rjfoundation.org.