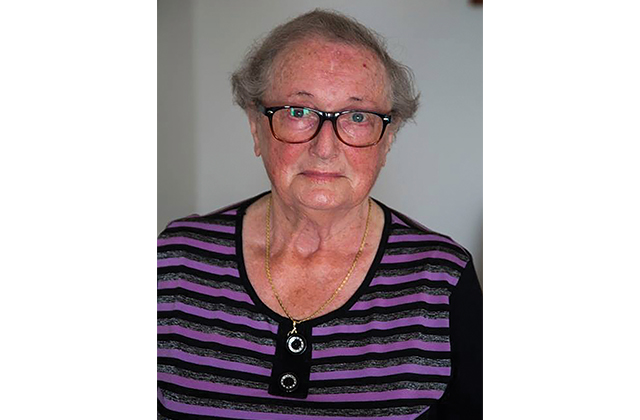 “My little sister was loaded while still alive into a truck with corpses, and this was the last time I saw her.”

Betty Miatowitz, 92, was born in Yugoslavia, and is the only member of her family to have survived Auschwitz. She worked in forced labor in Germany, and survived the Bergen – Belsen camp. At the end of the war she returned home, rebuilt her life and married and had a son and a daughter. In 1993, war broke out in the Balkans and she found herself a refugee for the second time in her life.

She was born in 1929 in the town of Bcka Planka in the former Serbia-Yugoslavia. In 1944, after the German invasion, Betty and her sister, Ria, were taken to the Auschwitz extermination camp by freight trains. After the selection, she no longer saw her parents and sister.

“There were four of us before the war – my parents, me and my younger sister. My father was a leather merchant and my mother was a housewife. In 1941 the Hungarians invaded and all the Jews were forced to wear a yellow star.”

She continued, “The Jewish children were expelled from school. My father was fired from his job, because he was Jewish, and we all stayed at home. There was very little food. Those were difficult years and the Jews helped each other. In early 1944 the Germans entered the town. All the Jews were expelled to Hungary, to the town of Bea where there was a ghetto. My mother worked in the dining room there, so we had food all the time. We lived in the ghetto for 4 months.

“After that the Jews were sent to the Auschwitz death camp. We went there by freight train. When we got off the train the Germans carried out a selection process – men and male youth in one group, the elderly and children in a second group, and women and girls in a separate group. My sister and I were separated from our parents. We were in a group of girls and I managed to see my father wave goodbye.

“Our group went to the showers. They threw our clothes away and gave us prison clothes. We were sent to shacks where hundreds of girls lived and slept on 3 story bed planks. We realized something bad was going to happen. Due to our young age, my sister and I were not put to work. I remember orders that we had to stand on our feet for hours. We were weak and sick. My sister was very weak and I suggested that she should go to the infirmary. The next day the Germans loaded her alive in a truck with corpses and I have not seen her since.

“I have lived all these years with excruciating guilt feelings that maybe if I had insisted that my sister remain with me in the shack she would have stayed alive. No psychological treatment that I have received over the years has freed me from these emotions. This is my biggest trauma from the Holocaust. My mental suffering is greater than any physical suffering I have gone through. After a while we were sent on a freight train to forced labor in arms factories on German soil where we worked day and night assembling devices and bombs.

“The food was very scarce we were full of lice as we worked in fear of death under the supervision of the German Klags who abused us especially by humiliation. We were then transferred to the city of Orenschweig in Germany where we worked cleaning streets and in terrible conditions. People died around me like flies, exhausted and broken. We were constantly exposed to Allied bombing raids on the city. From there we were transferred to the Bergen-Belsen camp where horrible conditions prevailed.

“In the spring of 1945, American soldiers suddenly opened the gates. I was skinny, exhausted and sick. I was transferred by the Red Cross to a convalescent home in Sweden. At the end of my recovery I asked to return home hoping to find someone from my family, and unfortunately I did not find anyone. I was left alone. I got married at the age of 17. We had a son and a daughter. I went on with my life. Of course the memories and traumas have never left me.”

In 1993, Betty found herself a refugee for the second time in her life following the Balkan War. “We ran away and thanks to the Jewish Agency I immigrated to Israel with my daughter and her family,” Betty says excitedly.

Shortly before they immigrated, however, she was widowed by her husband. “In Israel, I received a housing unit in an absorption center in Kiryat Yam, which in 1996 was converted into an Amigour Sheltered Home by Amigour where they take care of all my needs and I am in a protected environment. I have Smadar Wohl, the house mother and social worker who has accompanied me for many years. There is a social club and classes and I do not feel lonely.”

But during the past year, COVID-19 brought social distancing and it has been very difficult for Betty. The loneliness and the separation from her grandson and great-grandchildren was morally difficult for her, although Amigour and the lovely house staff constantly provided her with food packages, including during the holidays, concerts in the yard and extra-curricular kits.

Amigour made sure that she was not exposed to COVID-19 by following all the health procedures. Betty was recently vaccinated against COVID-19 along with the other residents of the Home.

“I missed my volunteers that couldn’t come and also my therapist from AMCHA. My beloved and devoted daughter Rada, was allowed to enter and she is my source of light.”

She noted, “Following the moral difficulty, I became weak and ill (not from COVID-19) and went for 2 months to rehabilitation, where I was treated until I was able to return to my apartment. Now at the end of the lockdown, I feel liberated. The period of the lockdown brought back memories of the dark period in my life, the uncertainty of seclusion, the separation from the family and the uncertainty that prevailed throughout the country. It really pained me.

“Today, I gather the rest of my strength to mentally recover from this period and to return to the routine of my life and to meet my beloved family. I still have hope of having time to travel once more to Serbia to meet my grandchildren and great grandchildren there.”

Betty’s story is one of the thousands of stories of residents who are living at Amigour’s Sheltered Homes. Together, we will continue to help them and provide a home and shelter for any Holocaust survivor who needs it.

Founded in 1972, Amigour is a subsidiary of the Jewish Agency and is Israel’s leading sheltered housing company. For more about its humanitarian work with Israel’s elderly, visit www.amigour.com. 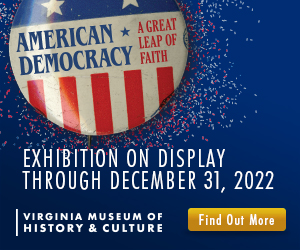