I am sure you have all heard Israel referred to as “Start-Up Nation.” But how has a relatively new country with slightly more than nine million people – and one that needed to spend a good portion of its resources on defending its very existence – still been able to punch above its weight and become a world leader in so many fields?

Obviously some of it has to do with that Israeli moxie.  Is it that confidence, sometimes bordering on what we Americans might even call chutzpah?  Possibly.  But what is quite certain is that it all started with geography.  What did the nascent State of Israel have as far as natural resources?  Oil? Mineral wealth? Timber? Water?  Nope.  None of the above. So, it had to rely on brainpower.

That first area where we see this expertise is in a field built out of necessity… defense.  This started with the clandestine pre-state manufacturing of arms and munitions. Some early armaments were not all too accurate, such as the menacingly loud Davidka mortar.  However, many still deemed these as crucial weapons during the War for Independence. And the stories I heard during my many years living on Kibbutz Ma’agan Michael about the sheer audacity of making bullets under the very noses of the British in an underground factory are all a testament to the early roots of today’s start-up nation. (For more about this secret operation, see this link to today’s Ayalon Institute Museum).

Central to amplifying that brainpower has always been Israel’s institutions of higher learning.  Year-in-and-year-out, the Hebrew University of Jerusalem, the Technion in Haifa, and the Weizmann Institute in Rehovot are ranked in the top 100 universities in the world.

But without the right people, no amount of world-class educational institutions will transform an idea into reality. The Israeli technical sector was always about innovation, but it got its jumpstart from the influx of scientists and engineers who emigrated from the former Soviet Union to Israel in the 1990s.

Fast forward and look at today’s almost unimaginable local defense achievements. From small arms such as the Uzi and Tavor – to complete front line battle systems like the Kfir and Lavi fighter jets and the Merkava battle tank. 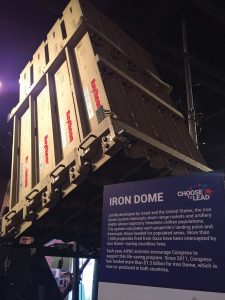 But no list of Israeli defense industry’s achievements would be complete without the mention of the multi-tier missile defense system that includes David’s Sling, Arrow, and the more widely known Iron Dome.

But when most people think about the start-up nation today, they think high tech. When Google bought Waze in 2013 for $966 million, that put Israeli start-up tech companies on the map. But even that sale was dwarfed by the acquisition of Mobileye, a self-driving car technology, for $15 billion by Intel in 2017.

So, just how did Israel become the Start-Up, high tech, Nation?

One of my best friends in Israel has an interesting theory about that. Gilad and I worked together in the 1980s on Ma’agan Michael Kibbutz heading up a pilot project on the commercial production of marine shrimp.  He was one of the first employees at the Intel Qiryat Gat chip manufacturing facility where some of its most advanced computer chips are developed and produced. Gilad went on to work at HP, so he had a front row seat to the growth of Israel’s high tech industry.

According to Gilad, the singular Israeli experience of the army reserves, the miluim, has been central to this boom. When a group of individuals from all walks of Israeli society do their service together for 20-to-30 days each year, year-after-year, they get to know each other intimately.  In what other setting does maybe a doctor, a car mechanic, a chef, a kibbutznik, a salesman, a CEO, and even a gigolo (yes, only in Israel) hang out together for a month?  And what else do they have to do during their down time than come up with solutions to problems. I’ll bet there are many “Apps from that!”

While this glimpse into Israel’s “Start Up” success doesn’t answer every question about its origin, taking this time to reflect on it just after Yom Ha’atzmaut, is a way we can all be proud of how far Israel has come in just seven decades!

Editor’s Note:
Ephraim Seidman has served on the JCRC since 2019. His introduction to Israel was when he left UVA after the Yom Kippur War and was a volunteer on Kibbutz Dorot. He returned to Israel after completing his undergraduate studies and completed an Ulpan on Kibbutz Nir David, and then worked for 4+ years in the fish ponds and finally the fish hatchery on Kibbutz Ma’agan Michael. After returning to the U.S. and completing his MS degree at Texas A&M, he made Aliyah, and during a 3-year stay at Ma’agan Michael headed up a pilot project. He and his wife return to Israel as often as they can and most recently lived in Jerusalem during two long stays for a total of about 1.5 years. He will author periodic commentaries on Israel in the Reflector.

Israel and Overseas Editor’s Note:
Join us at some upcoming Israel focused programs with our Virtual Shaliach, Rotem Gabay on Wednesday, May 26th and Thursday, June 10th for more information on these types of programs, contact Sara Rosenbaum. 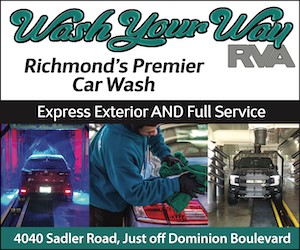