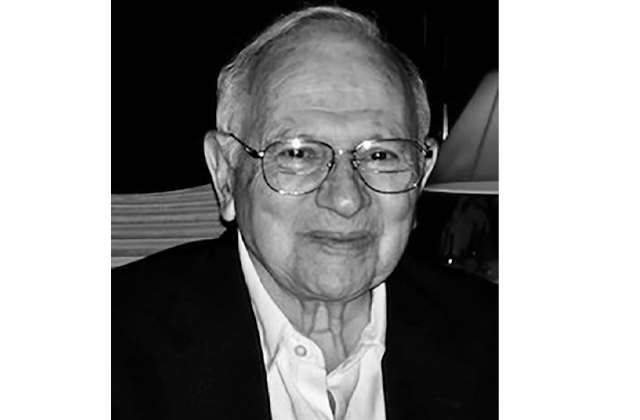 As Federation CEO Daniel Staffenberg wrote and described on his passing, “He lived a life fully dedicated to his wonderful family and our Richmond Jewish and general community.”

He continued, “Gil has been described as a quiet, but powerful force for good. Our friend and JCFR Honorary Vice President Ric Arenstein, shared that next to the word “Mensch” in the dictionary is a picture of Gilbert Rosenthal.

“Never one to crave the limelight Gil, and his wife Fannie (OBM), left an indelible and lasting impact on hundreds of local organizations and thousands of individuals in greater Richmond, representing the full social and community spectrum.

“Gil was an extraordinary presence, and a mentor and guide for many of our community leaders. He was a friend without equal; an effective and steadfast fundraiser for the causes he believed in; and an outstanding businessman with ethics and care at the fore. For those he came in contact with, he was the rare individual who called upon us all to be the best that we can possibly be.

“Gil’s involvement with our Federation spanned decades, and continues a legacy of philanthropy today. Gil very reluctantly accepted the recognition as “Richmonder of the Year” in 2010 from Style Weekly. At the time the country was challenged by political and financial upheaval and Neil J. November (OBM) shared the time was right to honor Gil. ‘This is the time to honor him,’ November said. ‘He’s going to hate every minute of it, I’ll tell you that. But I think it’s absolutely the right guy at the right time.’

“That was some 12 years ago and his generosity of spirit, time and resources never stopped,” Staffenberg noted.

“Gil and Fannie’s marks are clear throughout Jewish Richmond. He joined the Weinstein Family in establishing a chair of Jewish studies at the University of Richmond, supported generously the Weinstein JCC, Rudlin Torah Academy, Beth Sholom Home, the Virginia Holocaust Museum among many other national and regional organizations.

“Federation was always close to Gil’s heart, with his understanding of the power of collective giving and building community. Gil joined his “Secret Seven” friends in leading a variety of initiatives that helped build and sustain our community. The group still meets today, passing on the legacy of leadership and friendship to a new generation.

In Gil’s own words, ‘We are very fortunate,’ he said in the publication. ‘As Jews, it’s a pretty tough history for the Jewish people for the last 2,000 years — you had to be pretty good to survive. … And my family survived, and I survived unscathed. How lucky could I be?’”

“Gil was a very special presence in our community, and he will be deeply and painfully missed by all of us who were blessed to have him in their lives.

“On behalf of the entire Board and professional staff of the Jewish Community Federation of Richmond we wish the entire family and many close friends our most sincere and heartfelt condolences.  May they be comforted among the mourners of Zion and Jerusalem and may the memory of Gil Rosenthal forever be as a blessing.”

The couple were honorary co-chairs of Beth Sholom’s Vision Capital Campaign. At the event, Judith Koziol, co-chair of the campaign, with Richard Gary, noted, “Whenever we have needed Gilbert and Fannie, whether for wisdom, direction or financial support, they have always been there.”

As noted in the Richmond Times-Dispatch on his passing:

“Gilbert loved Richmond and wanted to share his financial success with the people and the institutions that made up the city. He was known as the ‘quiet giver’ and he and Fannie supported many non-profits in the greater Richmond region.

“The family foundation started by Sam and Gilbert now continues their legacy of philanthropy. He was a founding member of the Secret Seven, a small group that meets regularly and encourages its members to extend their efforts to support non-profits.

“Gilbert was kind, patient and supportive of family and friends. He was always honest, compassionate, transparent and responsive. His family and many friends will miss his ready knee-slap and hearty laugh, his insistence that he always knew the best roads to take around Richmond and his willingness to lend an ear and a hand to those in need.”