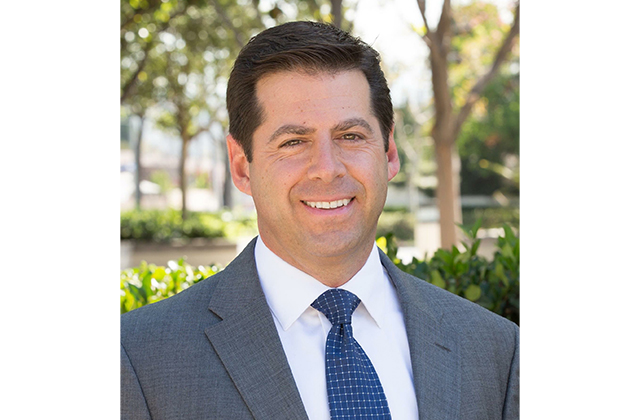 Much has been made about the recent Super Bowl ad featuring Bruce Springsteen and a chapel in the geographical center of the country.

The chapel serves as a metaphor for the political middle where all Americans can come and put our political differences aside. The only problem is that this notion of inclusion is very, how shall I say – American.  The fact that the chapel had a cross both on top of the building (atop a church spire) and at the front of the room seemed to be lost on those who produced the ad.

In many ways this is definitely on Springsteen to not see the problem.  But looked at another way, Springsteen is America’s every-man (every-person) in this story.

And as a fan, I would say that this IS Bruce Springsteen.  So, it is really not all that surprising that no bells went off for him when he looked at the script.  His focus may very well have been just our political polarization – and not the question of whether everyone in America would feel completely comfortable gathering at a Christian chapel.  It likely escaped him, much like it escaped millions of other Christian Americans on that night.

Criticism of the Ad

When criticism of the ad first came out, my response was to say yes – but let’s not go too far with the critique.  I have always reminded people that America was always meant to be a balance between a desire to allow the dominant culture to have their values shape their society – and a competing desire, developed later on, to not abuse the minority religious views especially.  While not codified into law, George Washington’s letter to the Jewish Community of Newport Rhode Island is an early example of how this second impulse is in fact a part of who we are – from our origins.  The first impulse stems from America’s Protestant beginnings – and their desire to shape a new land where they could be safe from persecutions and shape a society with their religion’s precepts at the core.  Jews should be very familiar with this narrative because it is the narrative of Zionism as well.

Inviting the country to convene in a Christian chapel is not the worst kind of exclusion.  But to expect everyone to feel like they belong is at the heart of the problem.  It is not as exclusionary as putting a nativity scene on the town square with no other holidays represented.  But let’s keep in mind, that latter still happens all over the country and has only recently been called out as problematic by minority communities who for decades just didn’t want to make waves.

This strange sense of American inclusion is still who we are as a country in 2021.  But at this time of year when Shabbat Zachor leads us to Purim – which then leads us into Passover, it seems a perfect time to help others understand how this exclusion feels to us.

For some, exclusion is represented in the story of Amelek who hated the Israelites so much and was so villainous that he attacked them from the rear, picking off the most vulnerable among us.  This visceral hatred and targeting of the weak is something deep in our DNA and something that leads straight to the Shoah.  So, when many of us see the invitation to worship or gather at a Christian chapel, they see the Inquisition, conversos, and the gas chambers.  Did Bruce know that?  Likely not.

When we read the story of Haman and blot his name because of his hatred for Mordechai – and remember his threat to kill all the Jews of Shushan – we remember also that Haman is a descendant of Amelek and we see the legacy of hatred and exclusion that can last generations and re-appear at any moment.  Did General Motors know that?  Likely not.  Should they have?  Maybe.

When we read more deeply into the story of Passover, we see how a society that once honored our community and was welcomed by previous Pharoah’s could somehow turn itself into one that forgot Joseph and began to question the allegiance of these children of Israel.  When we see how easy it is for a society to forget who we are – and to enslave us – of course the hair on our neck will likely stand up when it is expressed that a vision of American unity is one that includes a crucifix.

While this ad may not be a harbinger of things to come, it IS exactly the thing we need to respond to and say, “um hello … we are here … right next to you … and we have some baggage about this little vision of America … and we are pretty sure some of our friends in the Muslim, Sikh, and Hindu communities do as well.”

Our Job in the JCRC

But that is our job.  In fact, that is literally our job in the JCRC.  We have to be constantly vigilant to make sure that our neighbors know we are here, know who we are, know how much we have in common, and are also aware of how different our history is from theirs.  We have to say things like, “You know those airport chapels?  The ones with no crosses.  That’s a better place to invite us all into – and here’s why.”

We can applaud the effort and still make our reservations known.  The ad had great political meaning and was well intentioned.  If we don’t acknowledge that we are being myopic ourselves.  But if we say nothing, how else will we let the larger society know that this one was a bit of a swing and a miss?

We shouldn’t expect every company or celebrity to know all of our well-founded sensitives and our own vision of inclusion.  But we must expect them to listen when we bring it to their attention.  And whether that is in reaction to an ad like this, or about days off in our schools, or comments made by our elected officials, that is how we make our way as a minority community in America.  We have both an obligation and a right to speak our truth to power.

This was Mordechai’s’ message to Esther – and God’s message to Moses.  Stand up to those who try to define you, and fight to be included as the equal members of society you and others like you deserve to be.

Reach out to me at dcohen@jewishrichmond.org.